Paula is one of the most influential graphic designers in the world. Described as the “master conjurer of the instantly familiar,” Scher straddles the line between pop culture and fine art in her work. Iconic, smart, and accessible, her images have entered into the American vernacular.

Paula has been a partner in the New York office of Pentagram since 1991. She began her career as an art director in the 1970s and early 80s when her eclectic approach to typography became highly influential. Her graphic identities for Citibank and Tiffany & Co. have become case studies for the contemporary regeneration of American brands.

During the course of her career, Scher has been the recipient of hundreds of industry honors and awards. Her work has been exhibited all over the world and is represented in the permanent collections of the Museum of Modern Art and the Cooper-Hewitt National Design Museumin New York, the Library of Congress in Washington, D.C., the Philadelphia Museum of Art, the Denver Art Museum, the Victoria and Albert Museum, London, the Museum für Gestaltung Zürich, and the Bibliothèque nationale de Franceand the Centre Georges Pompidou in Paris.

Scher is featured in “Abstract: The Art of Design,” the Netflix documentary series about leading figures in design and architecture. 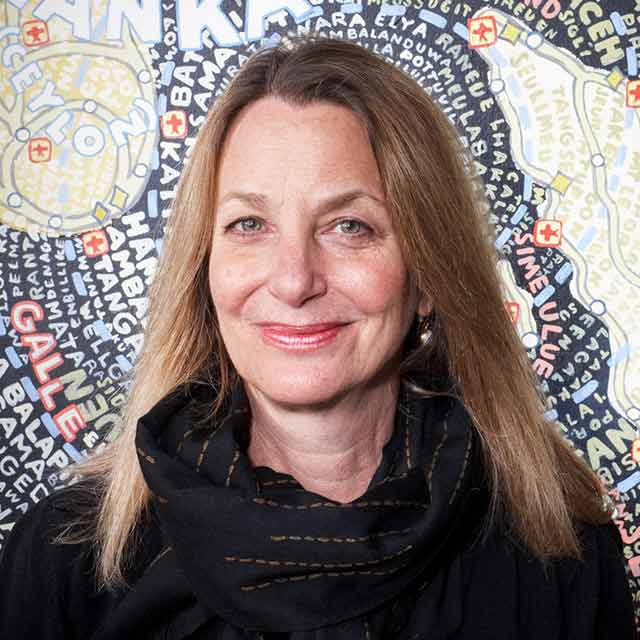