Bjarke Ingels founded BIG – Bjarke Ingels Group in 2005 after co-founding PLOT Architects in 2001 and working at OMA in Rotterdam.

Bjarke defines architecture as the art and science of making sure our cities and buildings fit with the way we want to live our lives. Through careful analysis of various parameters from local culture and climate, ever-changing patterns of contemporary life, to the ebbs and flows of the global economy, Bjarke believes in the idea of information-driven-design as the driving force for his design process. Named one of the 100 Most Influential People in the World by TIME Magazine in 2016, Bjarke has designed and completed award-winning buildings globally.

Bjarke was appointed Knight of the French Order Arts et Lettres and the Knight’s Cross of the Order of Dannebrog in 2019 and 2018, respectively. He was named an Honorary Fellow by the AIA in 2020, the RIBA in 2015 and the RAIC in 2014. The Wall Street Journal recognized Bjarke as Innovator of the Year in 2011, the same year he received the Danish Crown Prince’s Culture Prize. Bjarke was also awarded the Golden Lion at the Venice Biennale in 2004 and the ULI Award for Excellence in 2009. Alongside his architectural practice, Bjarke has taught at Harvard University, Yale University, Columbia University, and Rice University and is an honorary professor at the Royal Academy of Arts, School of Architecture in Copenhagen. He is a frequent public speaker and continues to hold lectures in venues such as TED, WIRED, AMCHAM, 10 Downing Street, the World Economic Forum and many more. 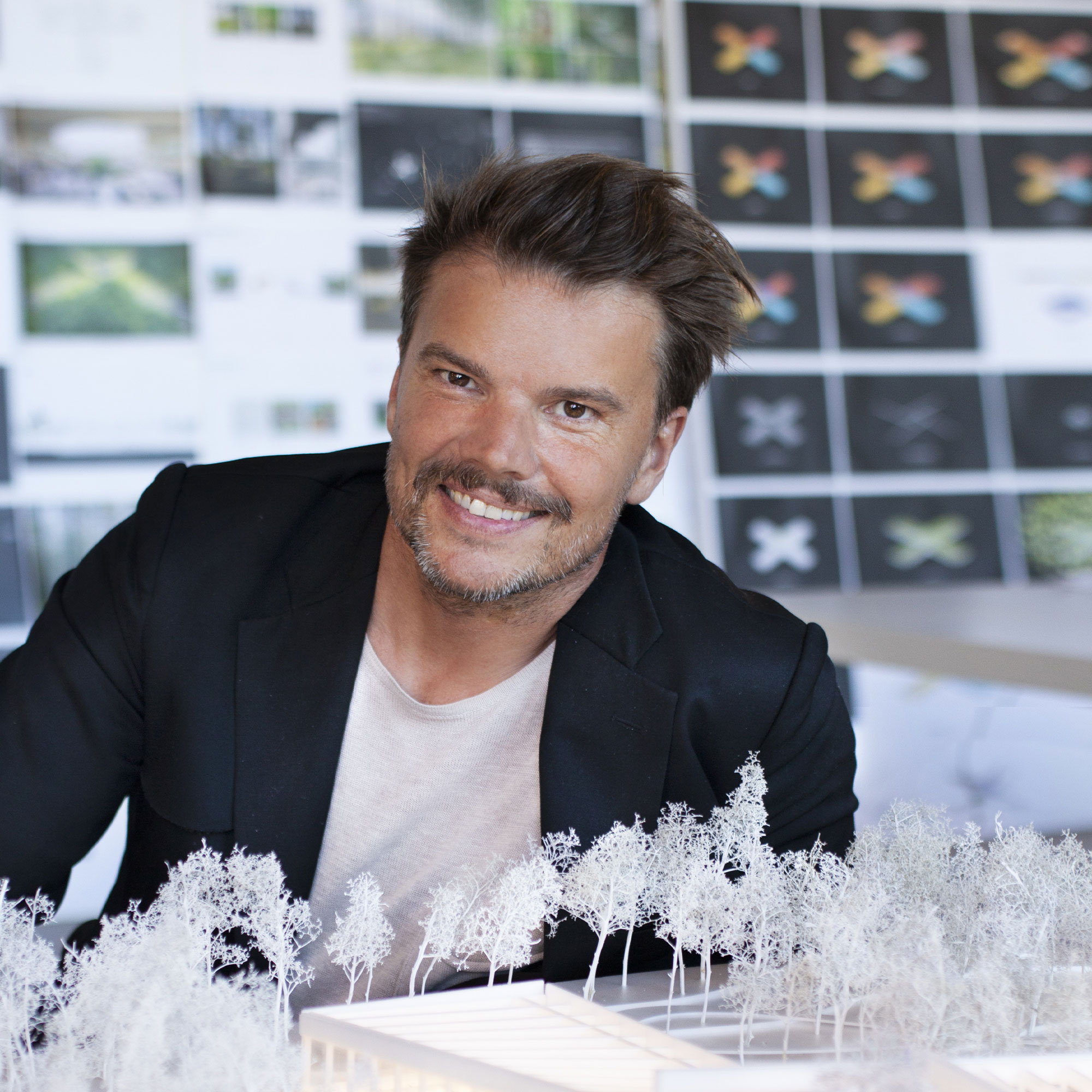